11 Quotes that inspire me every day 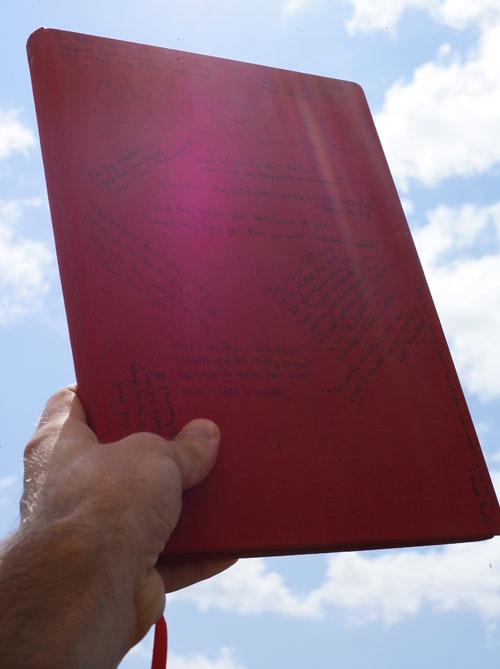 I’ve always been inspired by great quotes. Today I’ll share my favorites that I’ve written down on my “idea book”.

"First they ignore you, then laugh at you, then they fight you, then you win" - Mahatma Gandhi

- During my entire life I’ve always had big ideas how to change the world. “Help Santa Travel” is one example of an idea I got when I was 18 (which I still believe is one of my best idea ever) where I would travel around the world and show that people are friendly. But because some ideas are bigger than some people can concive they laugh at it and walks away. That’s why I get inspired by this Mahatma Gandhi quote. – Atleast they laugh at it. Soon they will fight me. : )

"Inside of a ring or out, ain't nothing wrong with going down. It's staying down that's wrong" - Muhammad Ali

- I’m not a superman who works 14-16 hours every day and always smiling. Some time periods my motivation is so low that I just watch TV-shows all day. But somehow I’ve managed to get out of those periods and began climbing.

"Be who you are and say what you feel because those who mind don't matter and those who matter don't mind."

I think too much about what to say and do. I try not to but I’m not as good at it as I want to be.

"I'm the greatest, I said that even before I knew I was." - Muhammad Ali

I believe in the power of mind and that you are what you think you are! Work on your self-esteem because it is perishable. Muhammad Ali had an ego bigger than the world itself. But that’s one reason why I think he succeeded.

"I've missed 9000 shots in my career. I've lost 300 games. 26 times I've been trusted to take the game winning shot and missed. I've faild over and over and over again in my life. And that's why I succeed." - Michael Jordan

- I believe in learning. Learning is everything and what will get you forward. If you have the mindset that learning is better than winning you don’t need to be afraid of failing because you learn more when you fail.

6 great quotes that are also on my book:

"Happy are those who dream dreams and are ready to pay the price to make them come true. - Leon Joseph"

"We must embrace pain and burn it as fuel for our journey. - Kenji Miayazawa"

"You can's beat the person who won't give up." - Babe Ruth

"Don't tell me the sky is the limit when there are footprints on the moon."

"The people that are crazy enough to think they could change the world are the ones that do."

"Whatever mind can concive it can achive" - Napoleon Hill