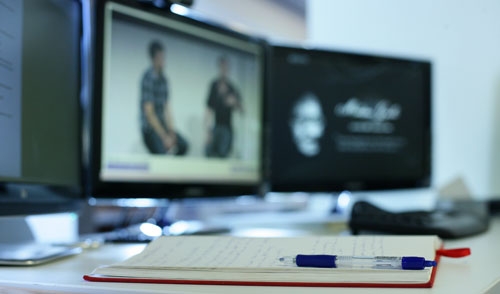 This morning I began my working day by watching a Gary Vaynerchuk and Kevin Rose keynote from the Las Vegas conference “Future of Web Apps”.

I always write down comments and quotes in my red idea book while watching keynotes and today I’ll to share my notes with you.

Gary, how do you balance working with multiple projects at once?

I thought I could do anything and it is a downfall by doing that. I said yes to everything and I’ve come to the conclusion that by doing three things you are doing no things.

Gary, you’ve invested in Tumblr. What are your three cents about Tumblr?

-          When I think about Tumblr I think the future of content consumption.

The RE-BLOG button on Tumblr is huge and it does change everything. What the RE-BLOG button does is that by clicking on it you will post that content on your blog to show your followers. (Think  Re-Tweet if you’re used to Twitter.)

What can zero-success-people do to make their first million?

-          Business is hard!! Everybody is competing. So my advice is to figure out what you probably are best at, work until you bleed and then you maybe have a shot.

It takes talent to become successful! But most important is to work your ass off!

How do I find designers and programmers at a reasonable cost?

11 Quotes that inspire me every day

I’ve always been inspired by great qoutes. Today I’ll share my favorite ones that I’ve written down on my precious “idea book”....
Read More

3 tips that make me a happy camper at work

3 tips that keep my speed bumps away for as long as possible and make my work fun and productive....
Read More